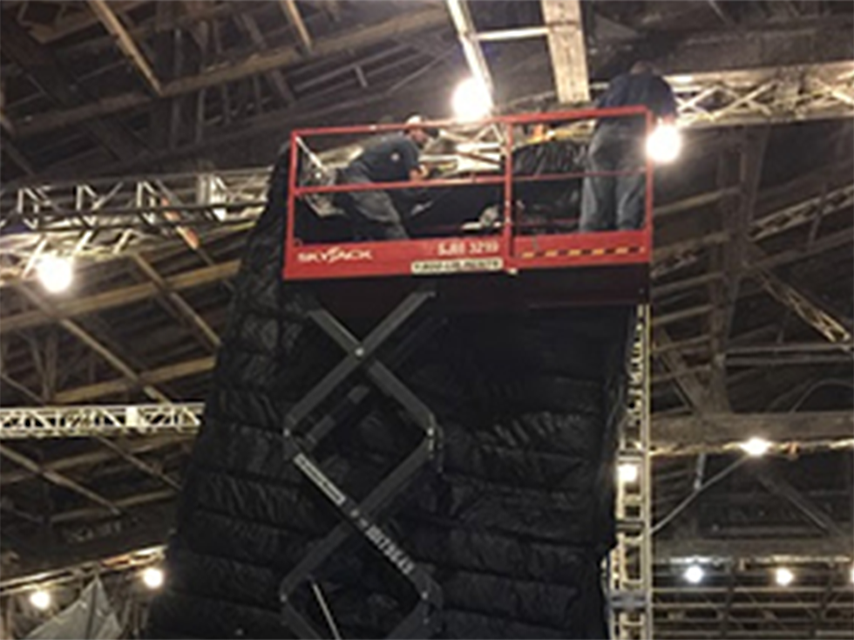 The Suicide Squad press junket was to be held in the loading dock of New York City’s historical Moynihan Station. Although beautiful, the space is full of reflective, flat surfaces, which would make successful, simultaneous audiovisual interviews near to impossible. It was of the utmost importance that Worldwide Media Outlets could obtain high-quality interviews with the stars. Environmental Noise Control, Inc. was called to consult & design sound mitigation for the event.

Environmental Noise Control, Inc. designed & fabricated six private interview suites around the loading dock to create spaces where individual media outlets could interview the cast of Suicide Squad privately and without auditory interruption. This was critical, so the segments could be played on the radio, television, and online.